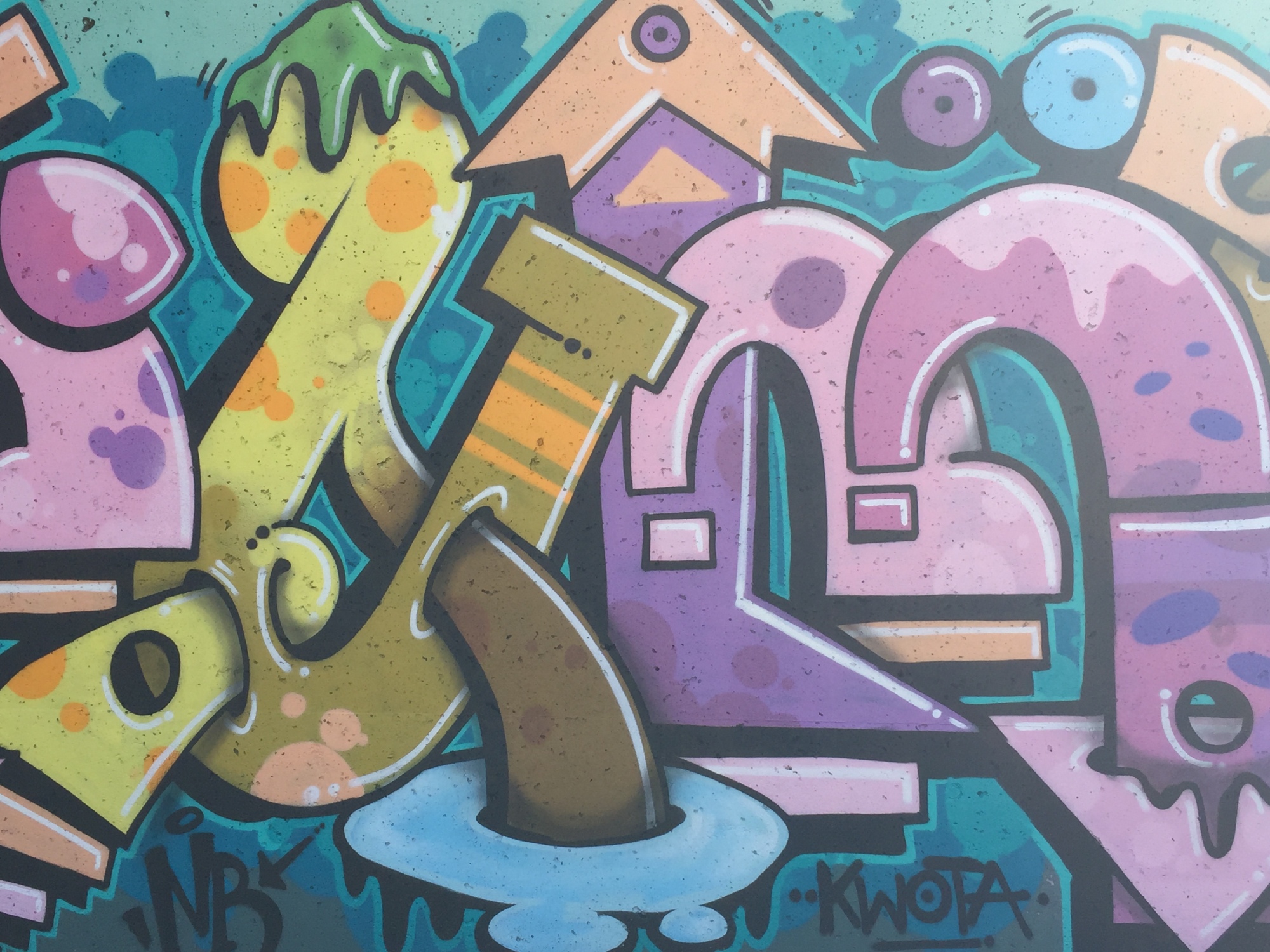 Each year, there are about 60 new murals that are added to the city streets in neighbourhoods all over the city from the North Shore to East Vancouver, and from the Westside to Downtown Vancouver. A large concentration of murals is in the neighbourhood of Mount Pleasant around Main Street in Vancouver. We spent a sunny afternoon in summer 2017 walking around Mount Pleasant exploring some of the new murals that were part of the Vancouver Mural Festival. Most of these murals were actually in an alley just west of Main Street. The festival organizers have since created a mobile app which provides an interactive map with the location of all the murals, and information about each of the murals and artists.

This impressive mural by Andy Dixon depicts his studio space in Mount Pleasant which is located just a few blocks from the mural. The artist has stated that the mural pays homage to the artist studio spaces in the area which are largely being displaced due to development in the area.

This mural by Carrielynn Victor is one of three murals by this artist as part of the Vancouver Mural Festival. The other two murals are located at Capilano University in North Vancouver and just off Granville Street in Vancouver. Carrielynn Victor was born and raised in the Coast Salish territory, or the Fraser Valley.

Nick Gregson is another local artist based in East Vancouver. This mural was originally intended to be finished with a glow-in-the-dark coating but the artist wasn’t ever able to complete it.

This was a very popular mural in the Main Alley which is on a building that houses the Red Gate Arts Society. This Society is a non-profit organization dedicated to providing affordable studio space for local artists as well as provide exhibition and performance space for local talent and visiting artists.

The two Mexican artists who created this piece draw inspiration from the Oaxacan region in Southwestern Mexico. The mural wraps around the building and consists of characters who demonstrate the importance of celebrations with music, dance and costumes in the indigenous culture.

The artist, Carson Ting, is an award winning art director who began his career in advertising in Toronto. He indicated that this piece makes a statement about commuting by bicycle and reducing our reliance on cars.

Sandeep Johal is a local Vancouver based artist who draws inspiration from her South Asian heritage. She indicated that the woman on the tiger is a representation of the warrior goddess Durga, as well as a nod to the graphic novel Priya’s Shakti.

4 thoughts on “Street Art In Vancouver”